A Satisfying Conclusion to Season 3 with Jaguar 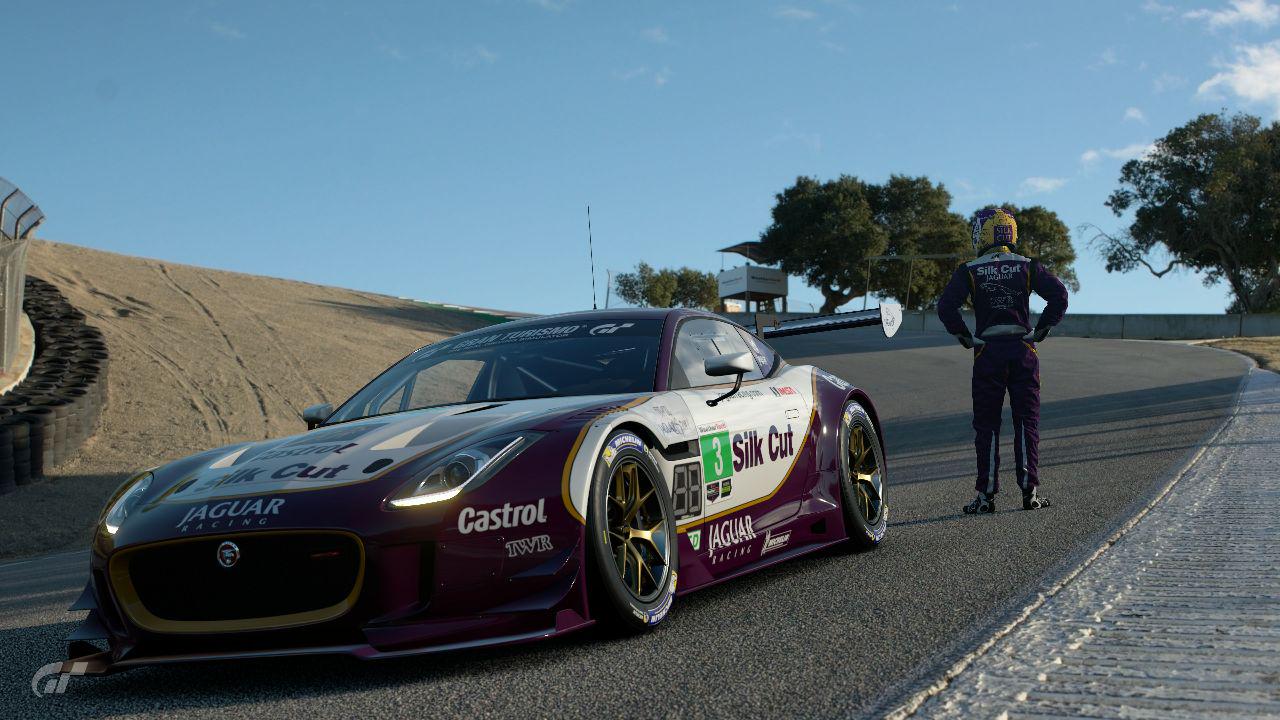 For my first “serious” competitive season in Gran Turismo Sport's FIA-endorsed Manufacturer's Series, I signed with Jaguar instead of Aston Martin. Though there are plenty of silk cut liveries available for the F-Type Gr.3, I chose to use Buckcherry_77's. For the Gr.4 F-Type, I used SAN_GTCONCEPT's.

View the full gallery of my snaps from throughout the season here. 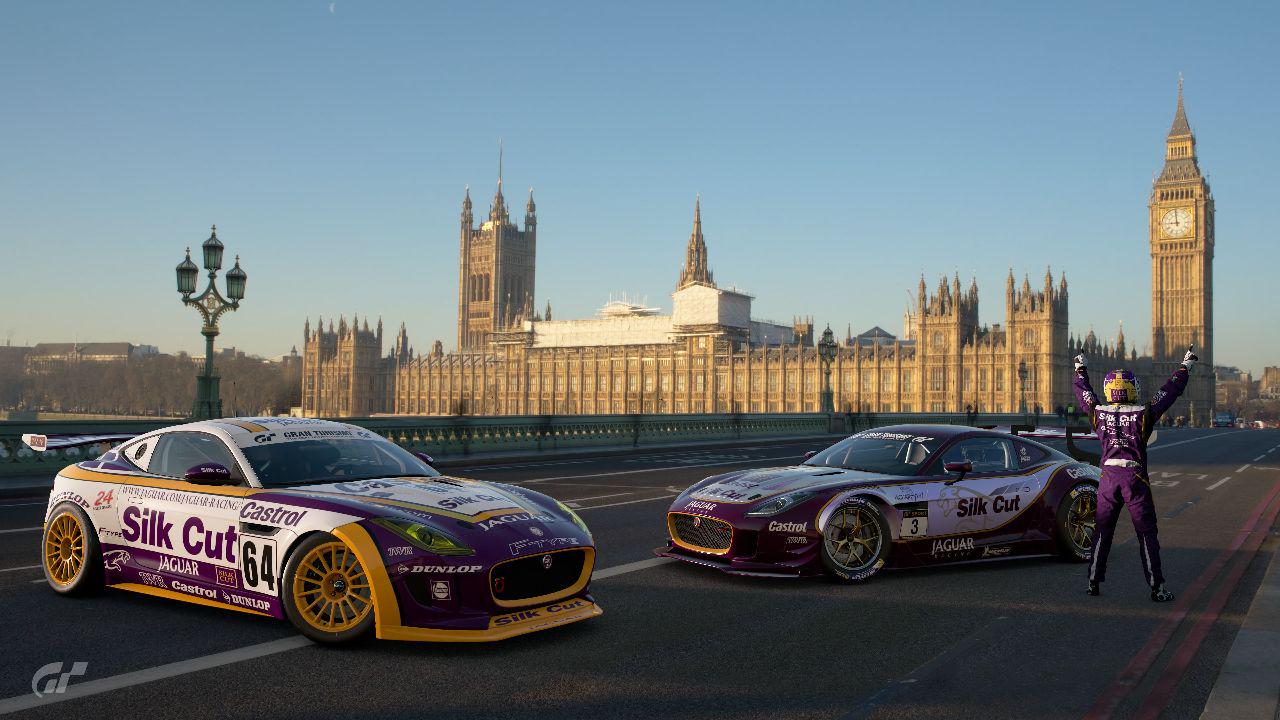 Though it looks like I'm celebrating, I didn't end up finishing all that well. I'm actually yelling at Big Ben to Shut The Fuck Up. 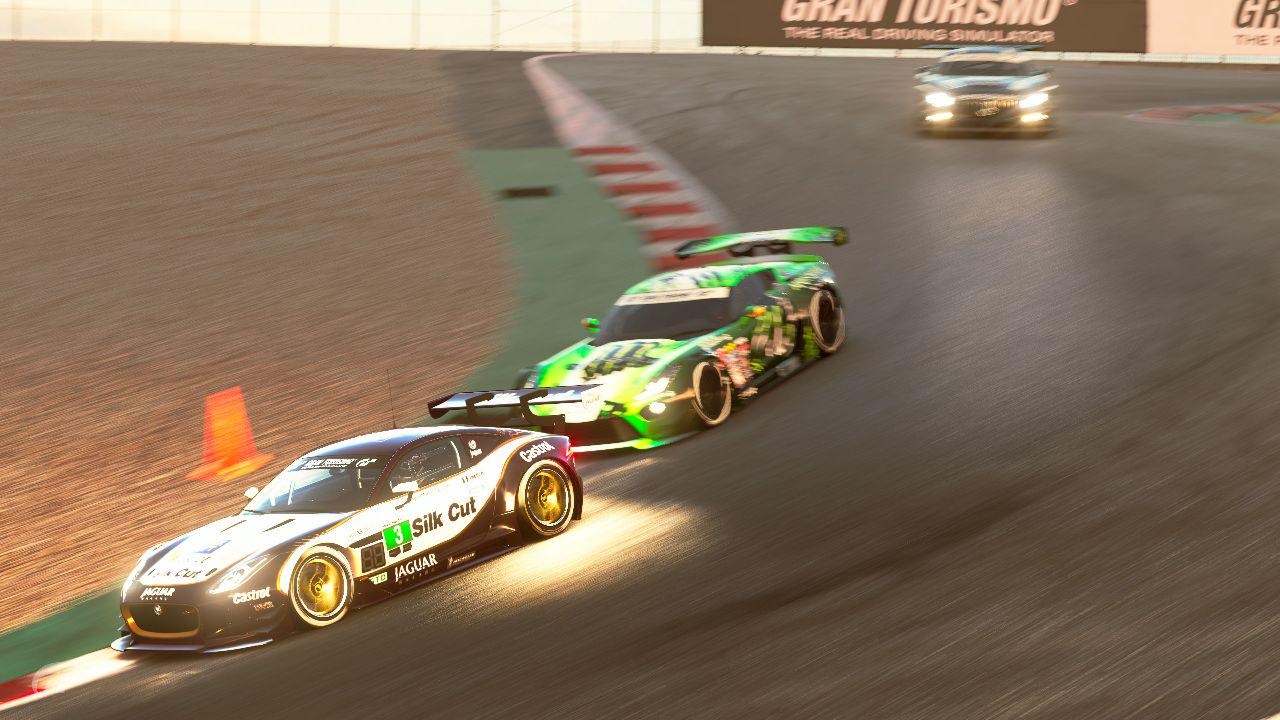 The corkscrew at Leguna Seca has never been an issue for me – it's everything else. I don't like deserts, California, or the circuit's general layout, honestly. 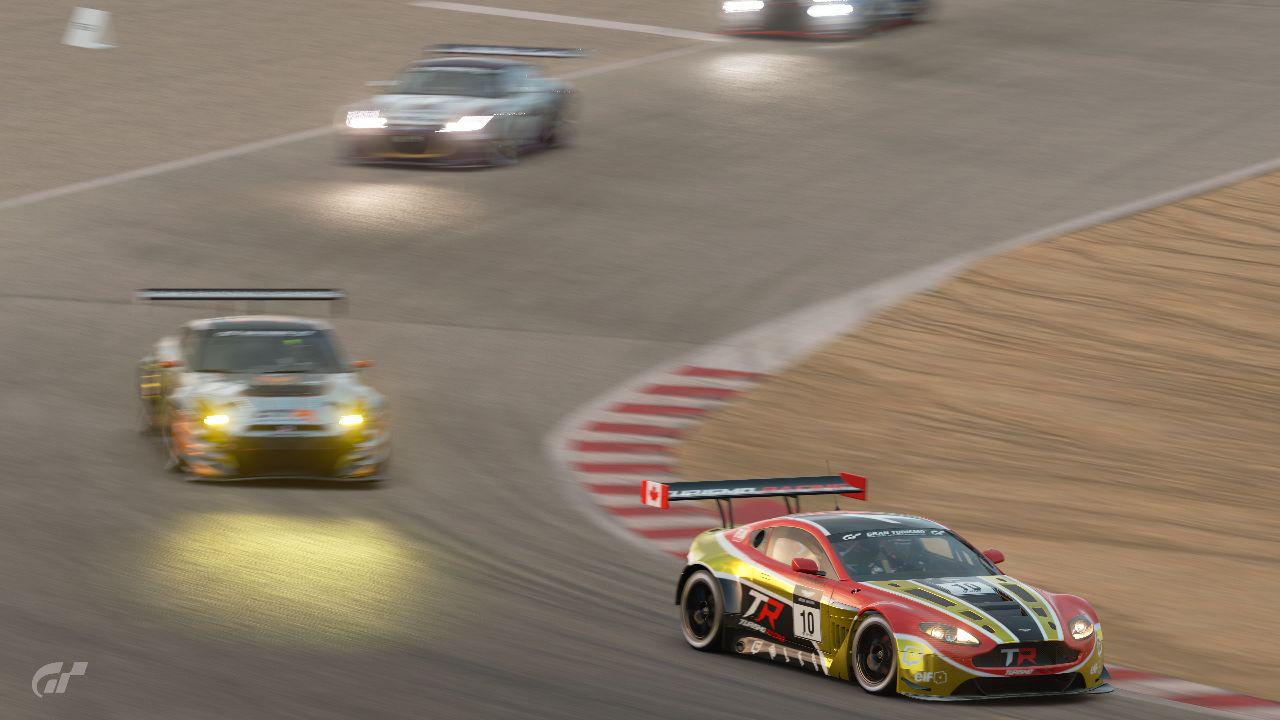 Still, it was cool to have Turismo-lester join my practice lobby. (This was as close as I ever got to him, unsurprisingly.)