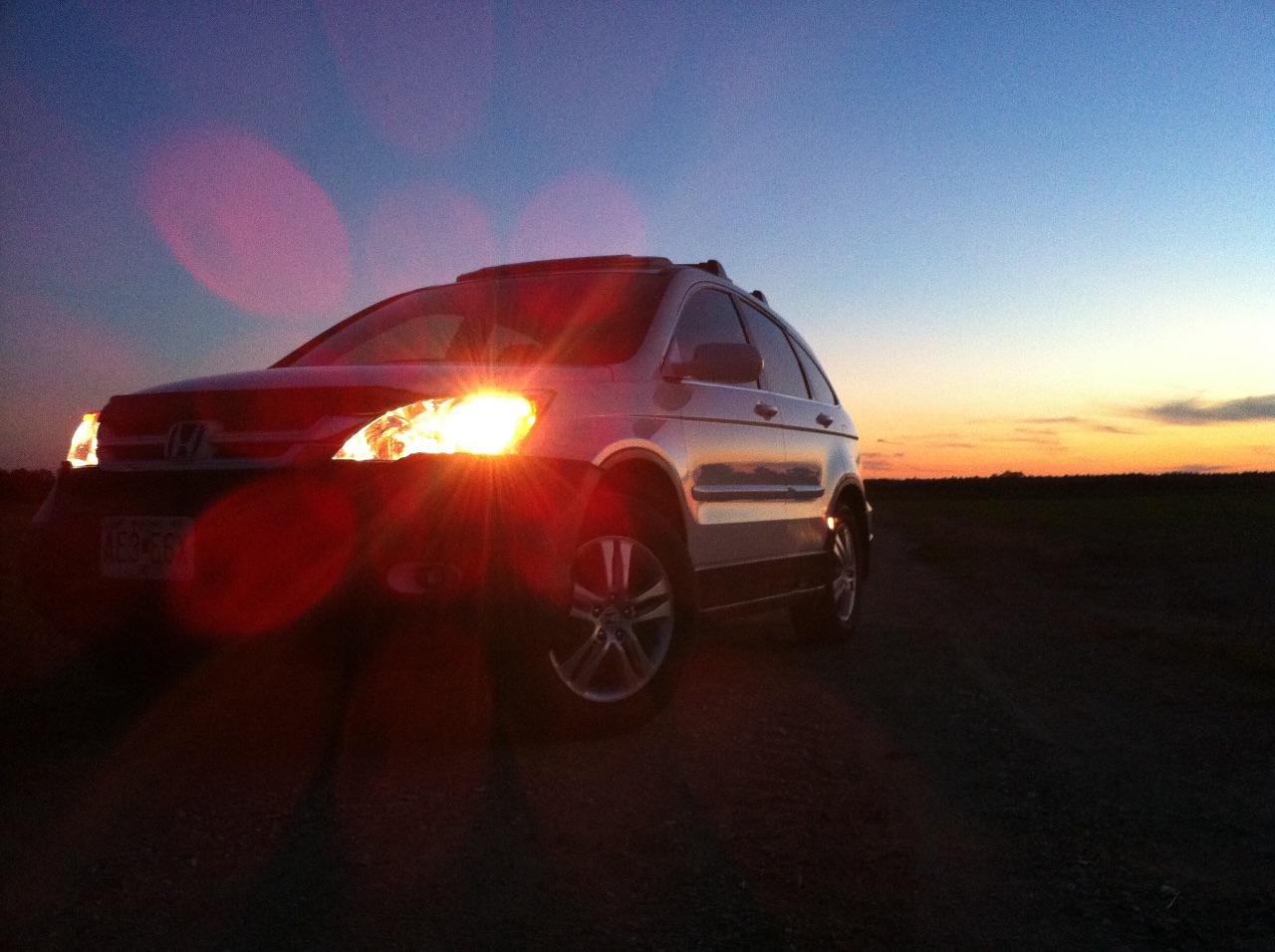 I would argue that this is the best Honda’s CR-V has ever or will ever look, no thanks to my photographic decisions.

After 9 or so years and over 100,000 miles, I have totaled my mother’s 2010 Honda CR-V – the car I drove cross-country for the first time at significant distance (St. Louis to Washington, D.C. in essentially one sitting,) and once complimented for being the best possible aesthetic compromise of its near-universally and aggravatingly-compromised breed. It was my her first 1st owner experience, which is frankly a bit of a shame. If I’m completely honest, my late stepfather’s decision to outfit this utterly utilitarian vehicle with enough kit to break the $30,000 within a segment that has always clung to the 20s as one of its truly communicable advantages feels less-than-ideal in retrospect, but what can I say, really? It was not exactly a proud thing, but it did transport a lot of young families and shelter us as we’ve navigated more blizzard-like conditions than should be the norm for what is, essentially, an expensive, extended Civic.

As per some particulars of my upbringing, I tend to get almost alarmingly attached to vehicles, but it’s hard to say I’m sad to see the CR-V go from all but the most sentimental senses. Objectively, it’s simply not as high-value or as competent a vehicle as it and its contemporaries are still made out to be by automotive media, pop culture, or the presumptions in the average consumer’s discourse. Though it was never intended to be luxurious, the resulting automobile ended up costing real luxury money.

It’s odd to have been driving so long without incident (pretty soon I’m gonna be able to say “I’ve been driving for twenty years, bitch!) and then suddenly find oneself at fault for the accident which claimed the life of the single most sublime, defining object in his existence. This incident, though, was entirely the fault of the other driver. My best friend and I were Northbound, crossing the intersection of Stadium Boulevard and Rock Quarry Road at precisely the point where it becomes College Avenue, where we were t-boned directly on the CR-V’s driver’s side rear wheel by a mid-2000s Mazda 6 that decided to run the red light. It’s hard to guess the speed of impact, but the driver’s side side airbags deployed (as you’ll see from the attached photograph,) and the CR-V was spun nearly 270 degrees around the axis of the front wheels. Neither of us nor the 6’s driver was injured, but both of our vehicles are surely totaled. 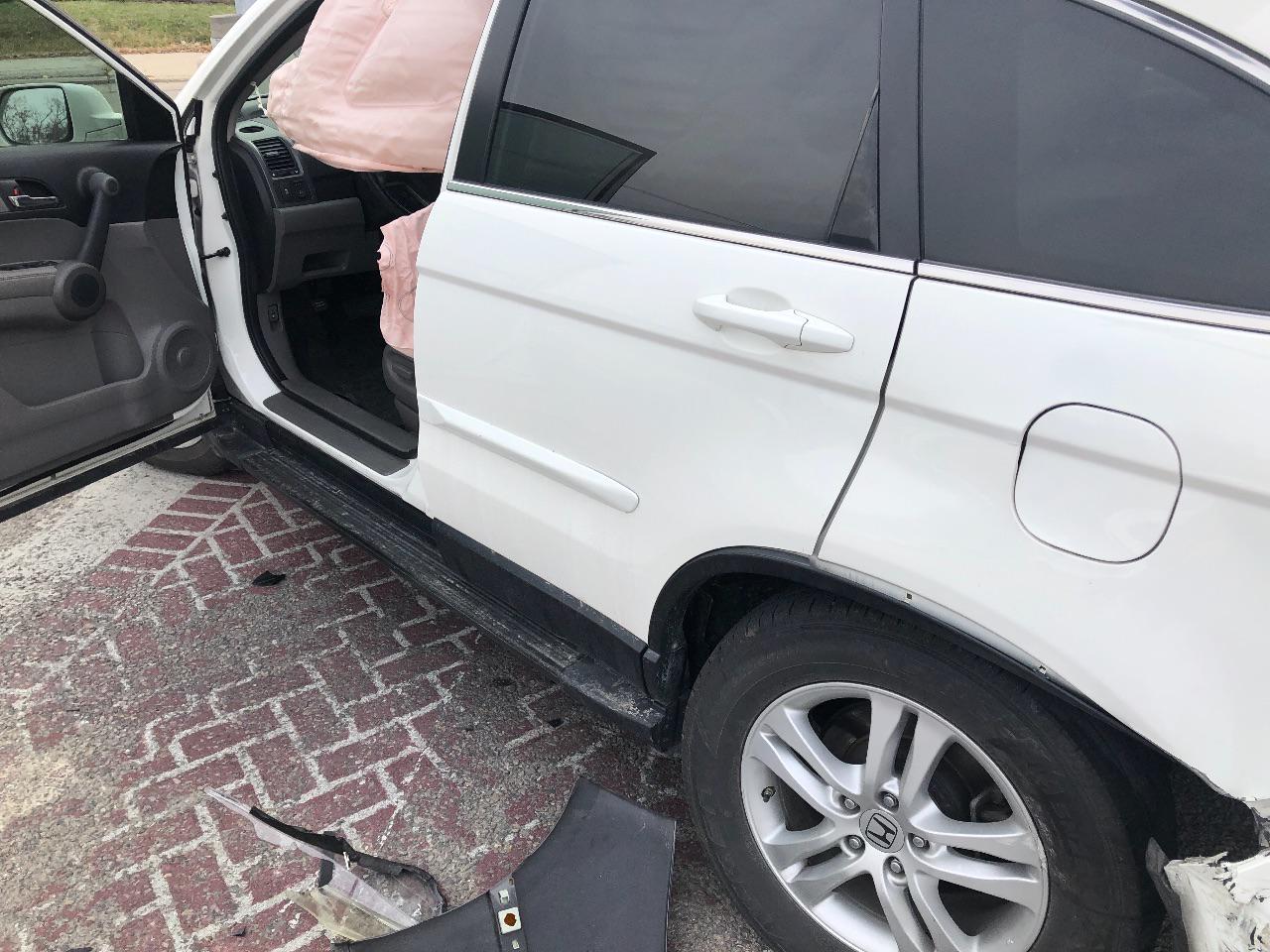 Two or three years ago, I recorded some (not particularly conclusive or informative) thoughts with my iPhone as I drove the old engorged Civic to the grocery store, when ends abruptly after I said “I think one time I did try to go fast.” Like most surviving crossover nameplates, though, the narrative began with a genuinely good idea: Hondarize and modernize the Suzuki Sidekick template on top of the Civic's platform and charge just a bit more for it – and like the rest, too, the concept has soured tremendously as both crossovers and the compact sedans upon which they're based have grown and fattened under their ever-increasing burden of safety and convenience features. (I say “burden” and not “expectation,” specifically because I know a grand total of zero informed people who are at all thrilled about increasing gross weights across every industry segment.)

This CR-V was my mother’s first and only crossover following a three-car line of one or two-owner-used, well-equipped V6 Accords in her garage – the later two from the era when Honda’s mid-sized sedan became a surprisingly dynamic driving machine as advances in drivetrain performance intercepted a point in the developmental timeline just before gross weights spiked up toward their current safety and electronic equipment-bloated figures. (In other words: in the sweet spot when engines were growing more powerful but just before the Accord and its peers got fucking fat.) In 2010, the CR-V was almost attractive looking as specced by my stepfather: the combination of the roof rack, bonnet bra, and EX-trim 5-spoke alloys managed to resolve most of the discrepancies in the shapes I've seen from other examples, but it also drove its price above the $30,000 mark. To be fair to Honda, this decision could almost be considered a sortof breach of function considering the CR-V's original ultra-mass-produced, utilitarian purpose.

Neither the leather nor the nav/infotainment system has aged very well, but it should be said that the latter is still 100% functional in 2018: it interfaces well with my iPhone 8 Plus with only the occasional “this device is not supported” hiccup (easily resolvable by simply re-booting the connection, in my experience.) I'm not sure how astonished I should be by the fact that the GPS still offers reliable routes 99% of the time, albeit through a user interface design that seems to grow more and more dated by the passing few seconds one may have to wait for it to calculate. Accommodation remains about as uncomfortable as it was on day 1: thanks to its hard leather and the super-upright seating position common to crossovers, I must continue to insist that operating this car is a wholly unnatural experience, but its interior surfaces shall always place well in a contest of robustness and longevity, as they certainly should.

Perhaps the greatest letdown of this model year (2010) is its legacy four-speed automatic transmission, and I assume the next year's inclusion of a brand-new five-speed unit drastically improved its driving experience. The specific regret one feels when such a development arrives a year after buying any new car is one my stepfather still didn't deserve, yet he was not spared. However, if you, the reader, cannot be dissuaded from buying a CR-V of this generation for whatever goddamned reason, know that you must choose an example from 2011-onward if you want to retain your sanity. No, ye olde four-speed wasn't quite as bad as the transmission that virtually ruined Dodge's new Dart singlehandedly, but it certainly shows its age even for the most inattentive or merciless driver. Without it, I would vouch for the 2.4L four-cylinder's performance as adequate, but its contribution was and forever shall be let down by the aging transmission's developing Alzheimer's. Simply put: they are an unacceptably mismatched team.

Though I shall forever argue that part-time all-wheel-drive is almost never actually justified in normal use – and yet inadequate for any “extreme” use, for that matter – Honda’s hydraulic “Super-Handling All-Wheel-Drive” did indeed aid our CR-V’s way in a handful of circumstances throughout my mother’s ownership, though neither of our memories of these are robust enough to cite specifics. The single no-bullshit blizzard we experienced was the same type I managed to navigate years later in a sub-compact Chevrolet to reach MagFest 2016, if perhaps less intense. I would speculate that the system increases mechanical drag – and therefore fuel consumption – to a degree that couldn’t possibly justify what little aid it has offered in our use, at least.