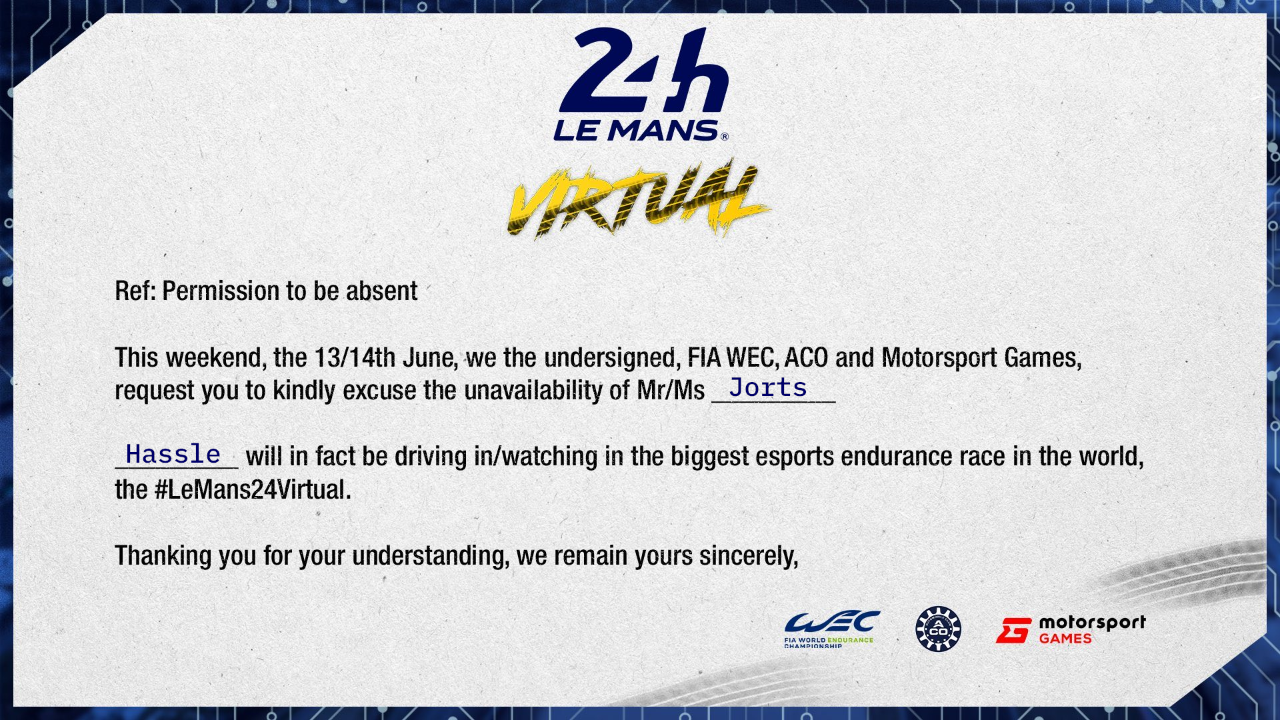 Watch a historic first FIA-endorsed virtual 24 Hours of Le Mans competition with me this weekend.

Every year since 2012, I have organized a watch party for the 24 Hours of Le Mans – the legendary, grueling, uniquely-enchanting Superbowl of motorsports – during which friends and I binge on stimulants to stay up for as much of the 4+-day race weekend as possible. Because of The Big Virus, this year's race has been postponed until September 19-20. I was pretty upset about this until it was announced last month that a virtual race would be held on the traditional weekend this year. The competition is going to be hosted on rFactor 2 – a racing simulator which I hadn't heard of (not that I'm all that up-to-date on simming, mind you) – which supposedly will allow for a 50+ car grid, a dynamic day/night cycle, and driver changes. (Very curious as to how that last one works.)

If you're interested in endurance racing and/or are already a fan of the World Endurance Championship, please do join me on my new automotive Twitter account and/or the Honk channel on Extratone's Discord in watching/keeping up with the race. I'd like to finally finish writing an account of the event itself (something I start every year but never finish, it seems) as well as an essay reviewing this year's spectacular collision between the “real” professional motorsports and eSports industries.

I will be keeping this post updated with new resources/news as the weekend progresses.

someone keeps honking the horn – legitimately think it's @JensonButton lmao. 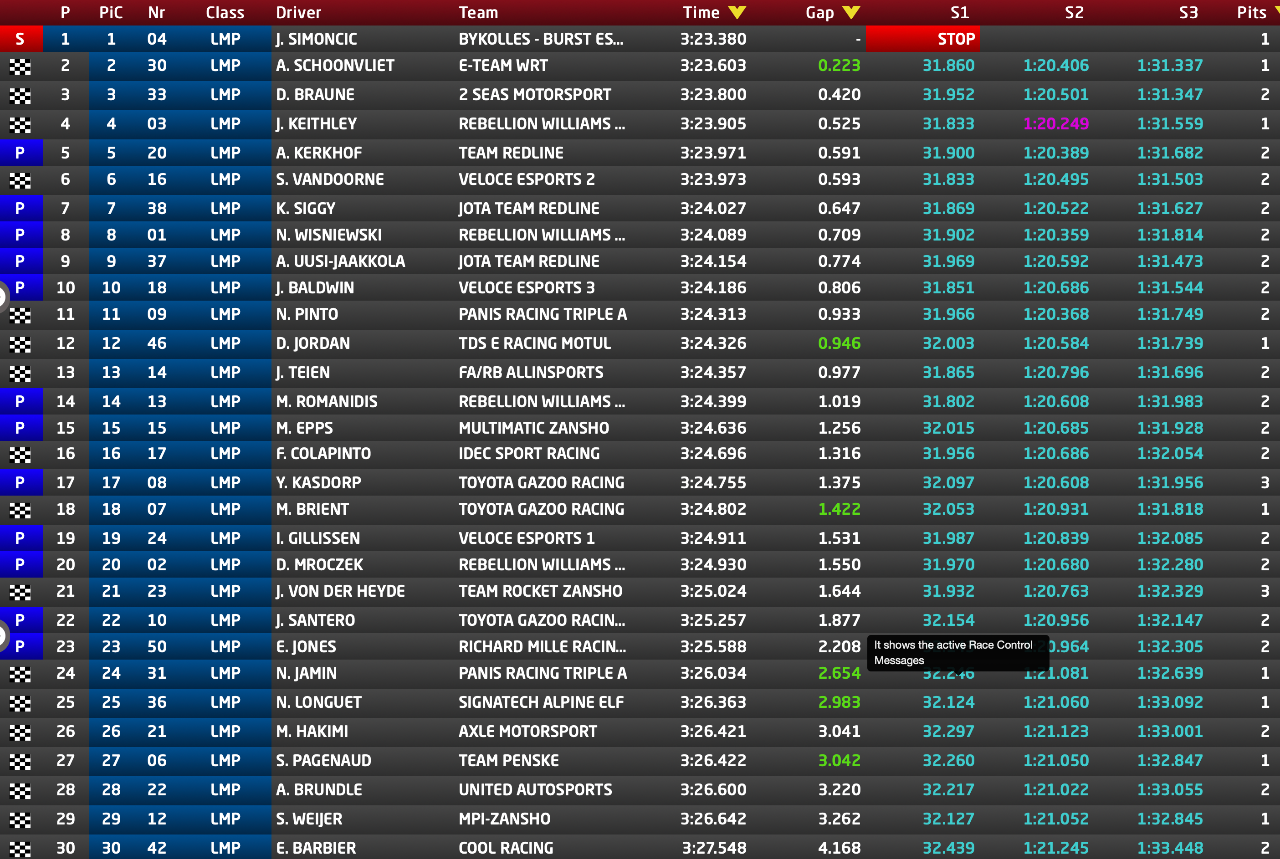 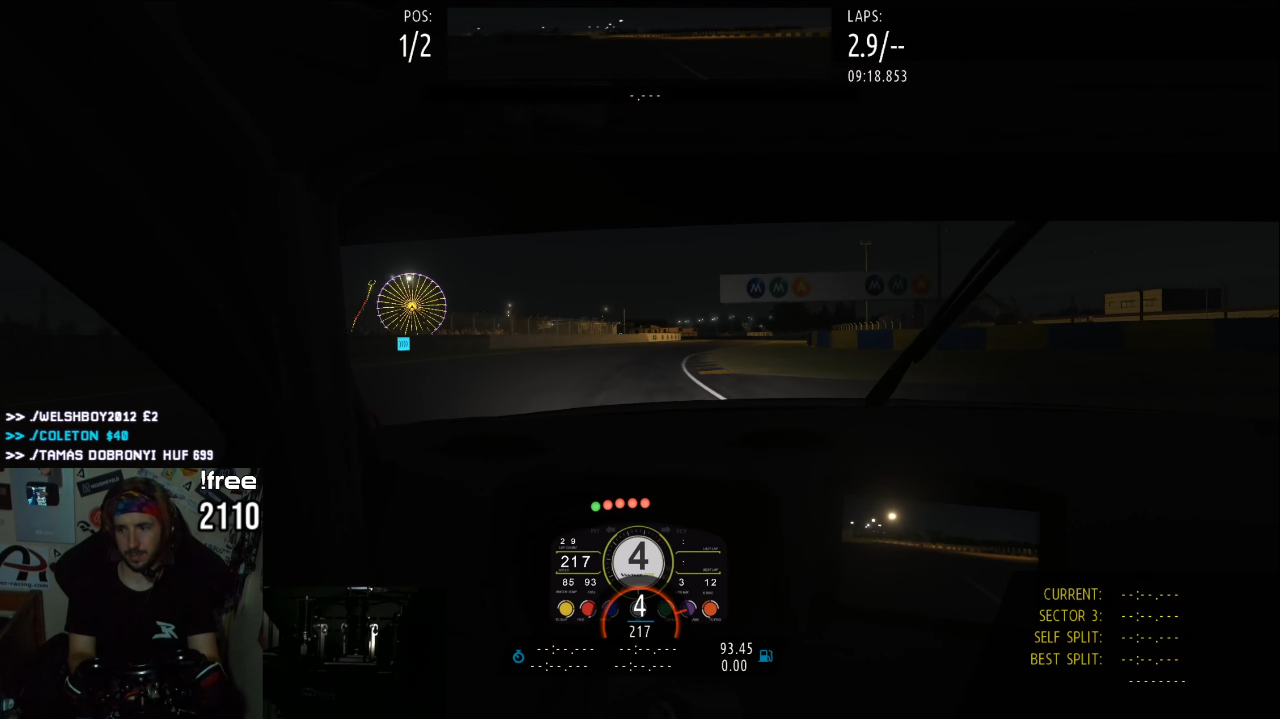