Reunited with a Quaint, Wankel-Powered Friend

A broken Mazda RX-7, that lived in a shed on the family farm, was David Blue's first real experience with a car. Years later he got to try out a living, working example of the same car – and, unlike Max Prince previously found, loved it. – Speedmonkey Matt

My bond with one particular example of Mazda's best-selling Wankel-powered sports car began on the Midwestern farm where I grew up. A 1980 model LS-trimmed example, originally painted in “Solar Gold” (one of only 500 made, it turns out). It had been sitting in a small shed, condemned to rest there only a few years after my birth from issues with the fuel delivery system. The search for a mechanic capable of working on the rotary engine without destroying it was eventually given up.

My father told me stories of his flings with the car. He used to say the police would pull him over simply because it “looked fast.” Naturally, as a small boy, the stories took a hold of my imagination. The RX-7 held a very special sort of allure. It eventually became my ideal image of “racecar”. Its environment added to the intoxication. The lack of electric power to the car, its immobility, and the stories I was told combined to create the aura of a fading, forgotten superhero. Tired, abandoned, and only necessitating the help of a friend in order to bring it back to glory.

It wasn't very long after toddlerhood that I took to spending a large portion of my free time sitting in the RX-7, practicing rowing through the gears and making engine noises with my mouth. I still remember vividly how delightful the experience of simply sitting in that car was. The dash layout, the feel of the steering wheel in my hands, and the smell of the interior are all deeply etched into memory. It was almost as if I had a deeper perception into its soul, a capability that I feel has been lost.

Much before I had expected, I had the opportunity to meet this hero, so to speak. I encountered a partially-restored 1983 Series 2 example, slightly different than my RX-7. Different enough to subdue my worries of adultery to the car I grew up with, but similar enough to be an important discovery.

I was treated to the complete RX-7 ownership experience, including a dead battery and a difficult, choked cold start. Perry, my host, was kind enough to pay for the fuel for the drive with money out of his own pocket. After ensuring that we would not be walking back, I pointed that very long, very 80s nose toward some local back highways. 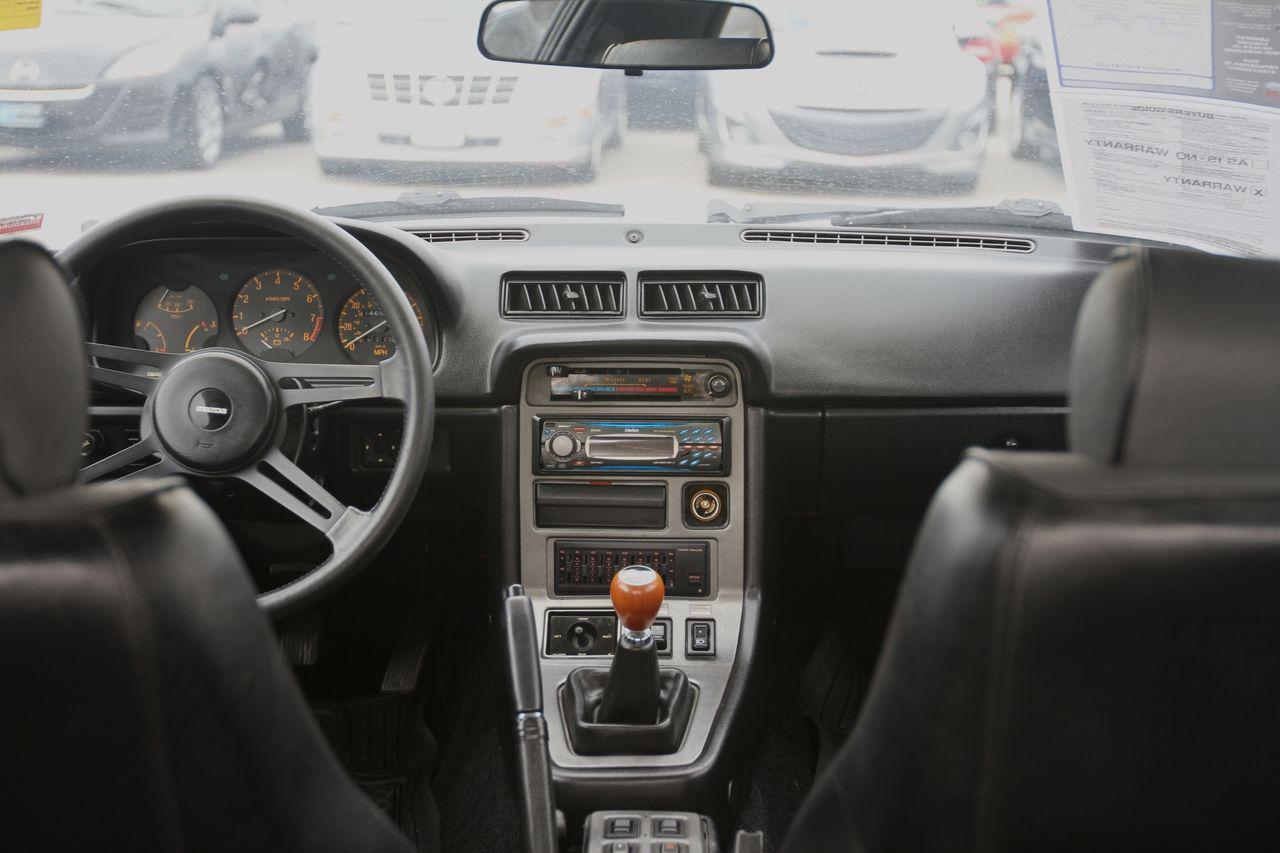 I had never driven anything powered by a Wankel, and the contrast of the RX-7 compared to everything with wheels I had experienced was stark, and noticeable immediately. The feedback normally received from a piston engine is not felt, due to the fact that there is no more conversion from vertical to rotational motion, a rotary engine (as implied by the name) involves no vertical momentum. It's not that the engine refuses to communicate with you, it's just speaking an entirely different language. The whiny exhaust note has an odd property to it that can be heard from no other source. It conjures up images of the mysterious, angry pair of triangles whirling about in their cage. Purely imaginary, of course.

Because the Wankel is so smooth, I found myself wondering why I should shift up. A piston engine makes you anxious when you push it close to the redline. Most send the driver a variety of auditory and tactile messages indicating that they must either shift up, or face a molten tie rod to the head. The RX-7, however, gives no such indication. When close to the redline, one hears only an excited whir. The result (forgive the upcoming Disney analogy) is an almost magic carpet-like experience. It's as though the power simply materializes before you with no apparent source or sacrifice. 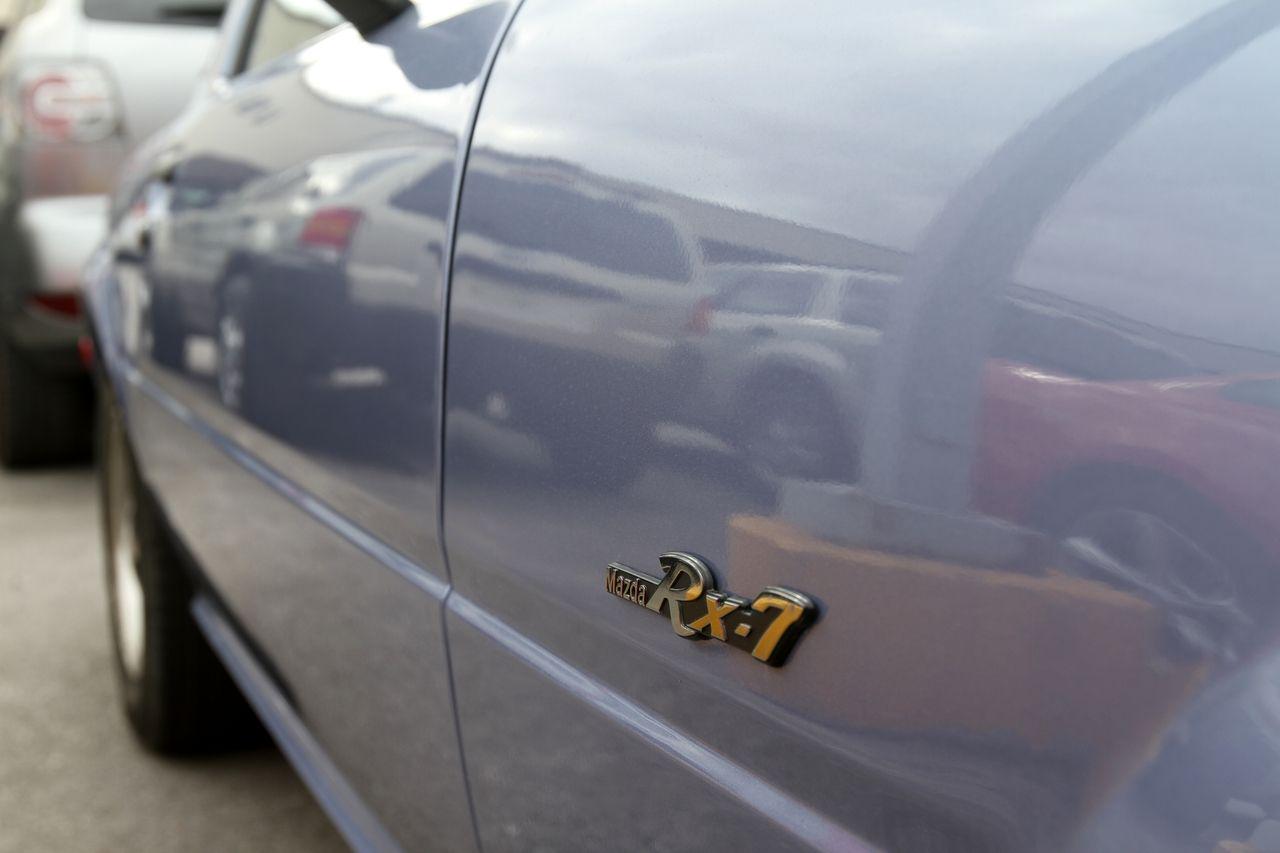 For me, the tranquility of the engine eliminated the reservations I had for speed. It's an incentive, in fact, to keep the needle in the upper portion of the tachometer as much as possible. The car had only 100 hp and 105 lb-ft. of torque in 1983, and has no doubt lost a few along its journey. Frankly, I'm thankful it's not more powerful. Otherwise, there wouldn't be room to fully enjoy revving it to its limit.

Though I have decided that a transmission with multiple ratios is unnecessary when coupled to a Wankel, the 5-speed manual in the RX-7 was quite a treat. It's very notchy, with a mid-length throw. The well-spaced ratios paired with a very light, but engaging clutch made rev matching pleasant and natural.

Unfortunately, the steering in the car I drove was quite loose, likely from wear. It is unassisted, though, and was at one time very engaging, I suspect. Given that it is a sports car from the 1980s, driver communication is a result of the engineering, not vice versa. 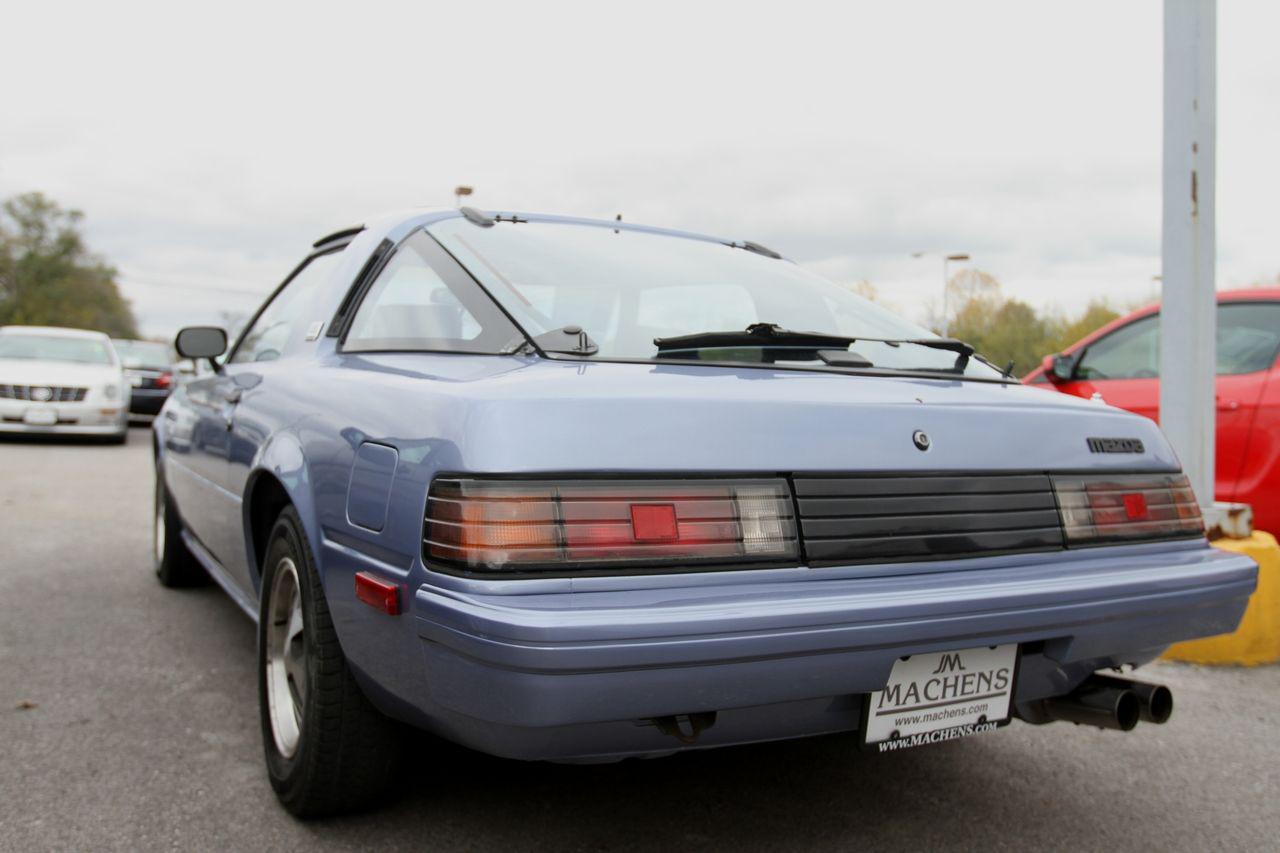 The driving position is actually more relaxed than it looks, and the interior is a thoroughly enjoyable place to be in. This particular car had a factory-installed manually-adjustable equalizer mounted beneath the stock head unit. A useless, though interesting, novelty that quickly rids the occupants of any doubt as to when the car was built.

The RX-7 is too often overlooked for what it is; a very special piece of automotive history. It's an experience completely unlike any piston-powered alternative. And for me, it's much more than that. My RX-7 represents an entire childhood's worth of dreams and a sort of companionship, even. My experiences with it were a very large influence on my drive to pursue a career in automotive writing. Driving one did change my perspective, but not at all for the worse.

I met my hero, and it didn't let me down.