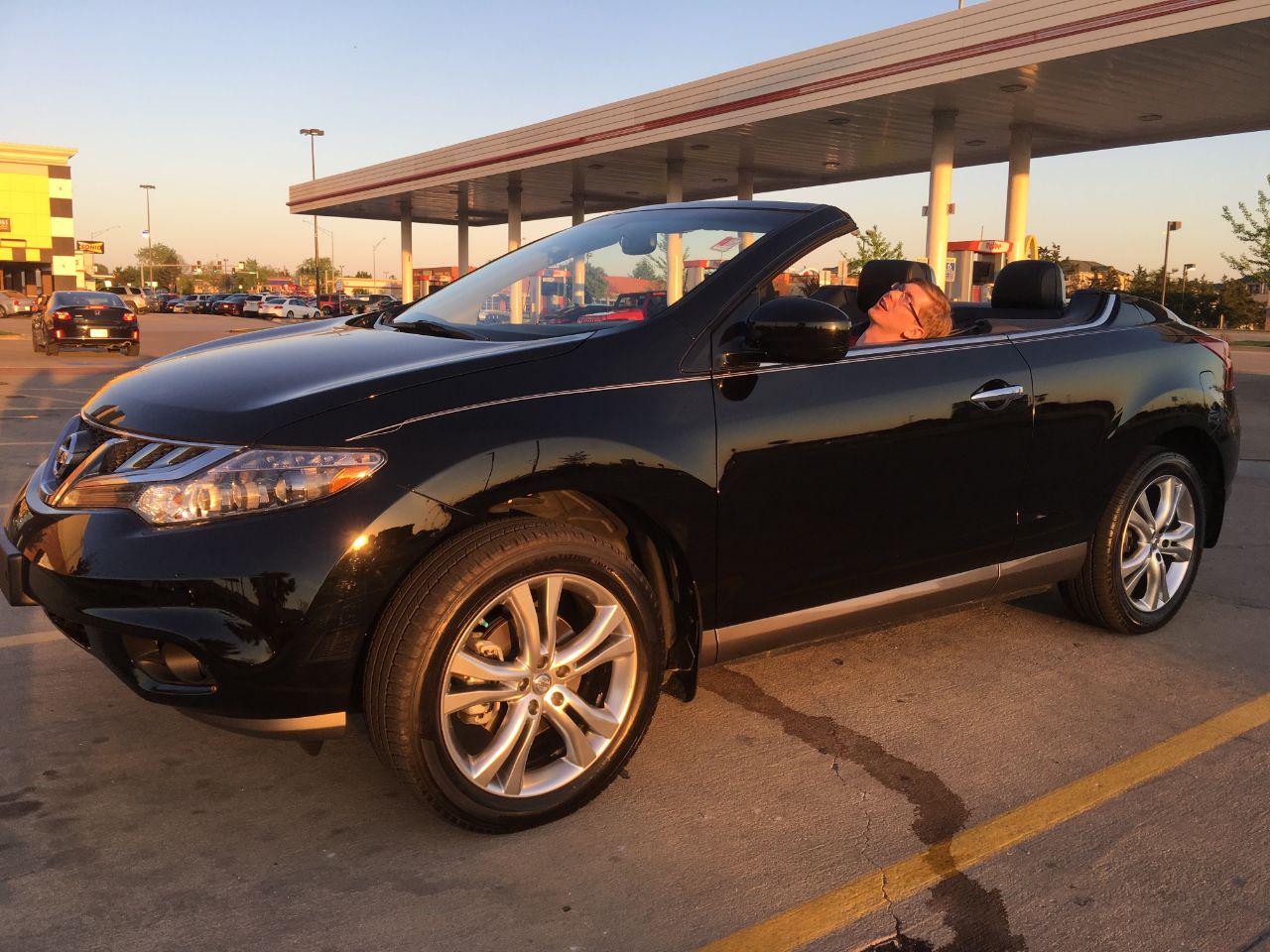 My Nissan wheeltime for Honk has grown a massive respect for the brand’s audacity within me. My interest in the profession has spanned years of maturity — from asking can’t you just…? to active affection for those who dare reliably retort with a confident no.

Can’t you just retire your body-on-frame SUV entries already like everybody else did ten years ago?

The noble, rugged Xterra, which we shall sincerely miss.

The Juke NISMO, which we regard as the industry’s singular steady grasp on what youth actually means.

Can’t you just take some cues from Honda and Toyota, and make your sedans easy on the eye?

The Altima and the Maxima, which constitute the last truly evil marque available.

Can’t you just step a little lighter on the Versa’s margins? You’d be insane to build a car designed by MSRP alone!

The Versa is — for better or worse — the absolute essence of automobiles’ transportive function, and no more.

And there’s the GT-R, of course, which continues to make fools of an entire culture of self-titled “gearheads” who claim speed as their one true dowry. 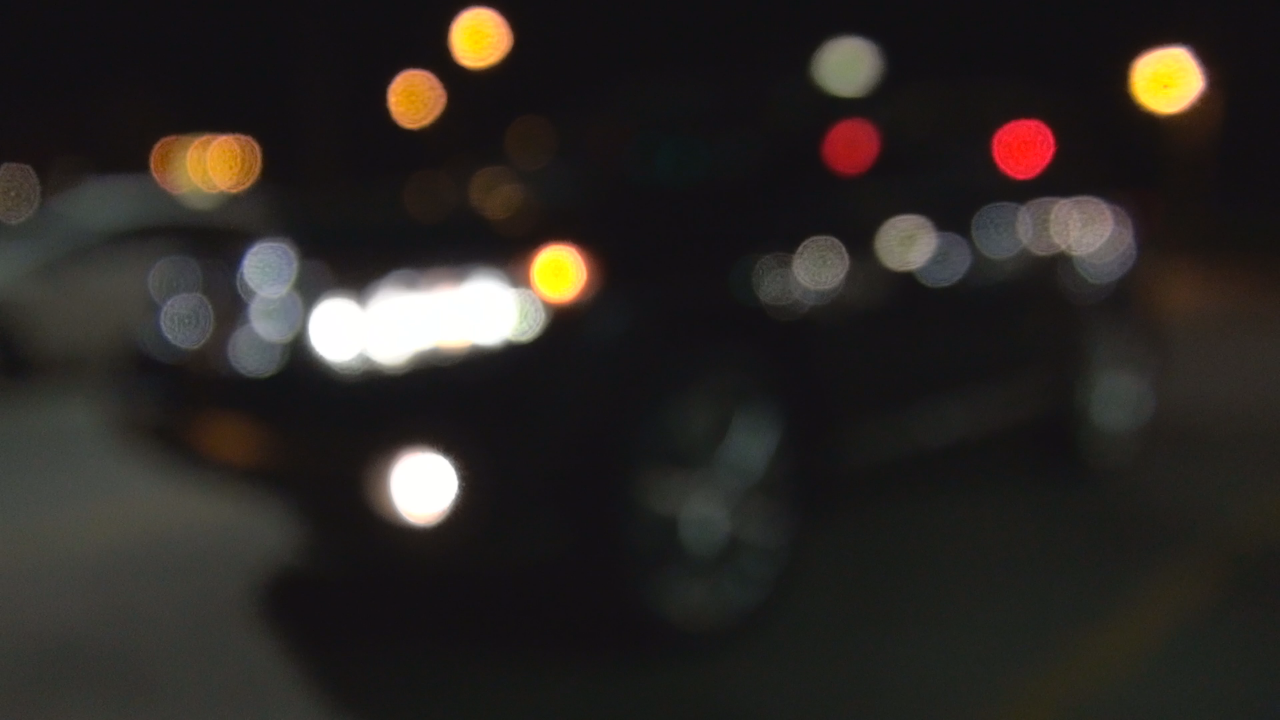 Throughout the years, Nissan has over and over again made me look like an absolutely absurd idiot for your display — and I cannot think of a better gift. Of all the brands to misunderstand, it is the ultimate muse.

So, in the present, I am grandiosely assuming you’ve been attentive enough to deliberate the possible outcomes of our time with the Murano CrossCabriolet.

It was quickly apparent that the experience was not going to resemble our Night of the Juke in the slightest. It could be attributed to my pre-game mentality. For the first time, I came to this monstrosity thinking I’d finally learned my lesson,desperately hoping to be whipped again — real bad — but walk away with more closure than with which I arrived. Like a good diplomat, I made myself approach without want for anything but understanding.

On first take, the Xterra was proud, and the Juke was clever.

The CrossCabriolet is a corny joke.

Take a look at an occupied, top-down example from afar. I cannot think of a more ridiculous picture. 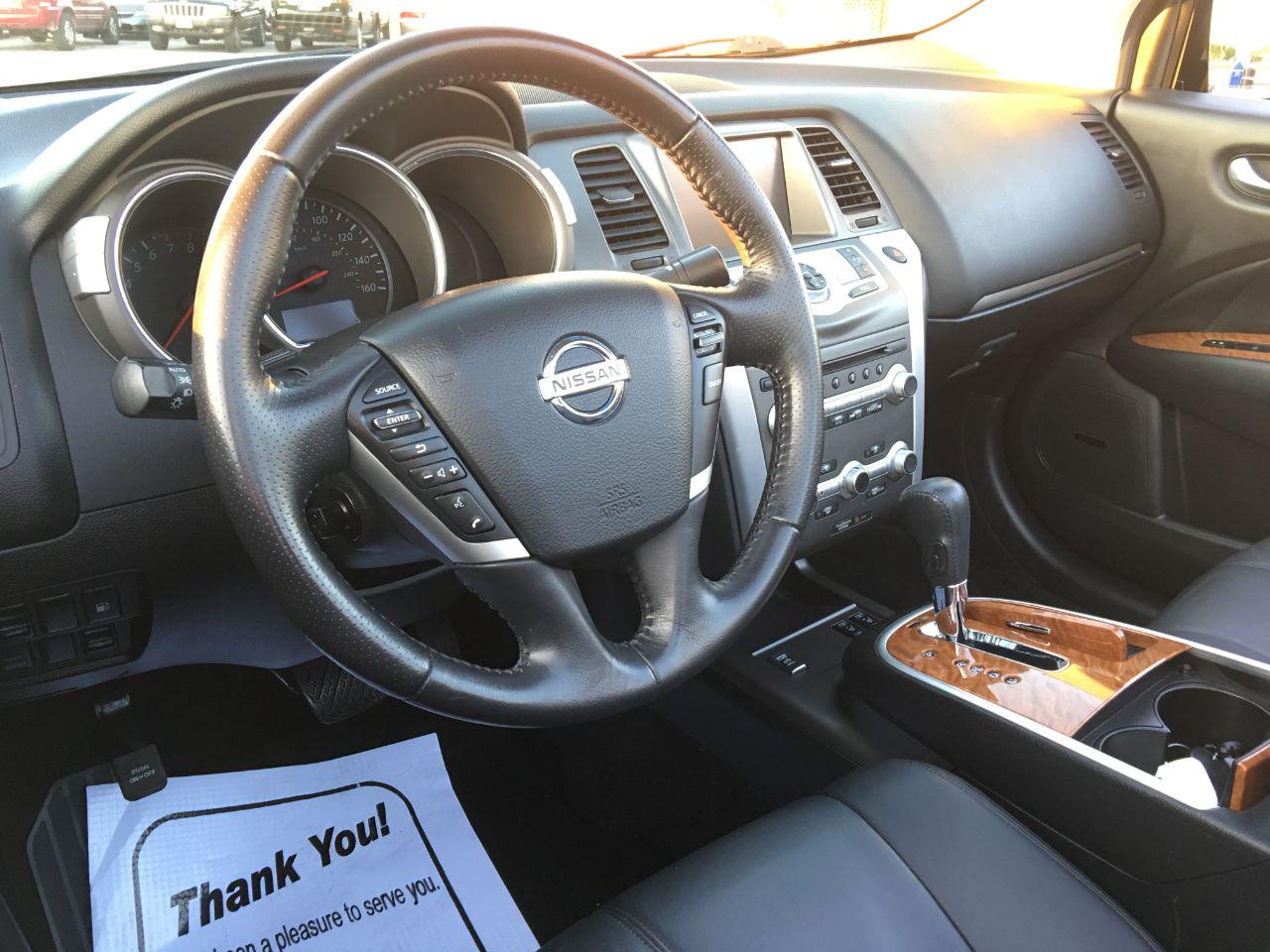 Just since its assembly in 2011, our example’s trim has endured enough to begin disintegrating in a few bizarre locales. Not to over-iterate, but it’s needing strong mention: I had never sat in a roofless crossover before. I’m assuming you haven’t, either. It is unnatural. It is harrowing.

From the organization I have summed so many times over the years as “acutely ingenious” came this… unsettling suburban bathtub.

It’s a shame — I repeatedly remark on the extrapolated potential I can see in a roofed Murano. Everything else in sight is worth my time. If only it had been better-protected.

The sensation is simply ridiculous in what’d be a tasteful sense were this a one-off project of some hearty garage tinkerer or tuning shop, but… my God; Nissan delivered it this way, and had the gall to ask $10,000 more for their molestation.

Still, its webpage (in past tense, thank God,) proclaims “the Murano CrossCabriolet was the world’s first and only All-Wheel Drive convertible crossover” in the same language I’d tout the Xterra (may it rest in peace and eternally-inadequate glory) as the last available SUV, in the traditional use of the segment, or the Juke NISMO as the first competently-composed automotive product for millennial youth. Or the GT-R as by far the most effective, high-value instrument for the pursuit of maximum velocity across the ground. And so on. The language so assured, the parallels must inevitably be drawn to that cheap joke of the century’s turn… the Pontiac Aztek.

The details of its life story are reliably amusing, should you find yourself mid-research. From the journos’ gasps at its corporately-edgy concept’s unveiling to the weary original steed of Breaking Bad‘s Meth Man, there is a similar lifestyle vehicle thread between the products that weaves an obscure narrative.

My own contribution: after a missed exit outside Galveston just as Azteks first became rentable, my stepfather (the most earnestly late-history Pontiac man who ever lived) took an entirely-unexpected and uncharacteristic 70 mile-an-hour plunge into the choppy grass median after shouting “this is an off-road vehicle!”

As I’m sure you can imagine, it was the single most traumatic event I have ever experienced as the passenger of a motor vehicle, but the damned thing was unscathed, despite having repeatedly chucked us all (fully-belted) into its beige ceiling.

Though he was keen enough to smell death, he chose to believe in the Aztek.

And you know what? His faith, too, has made me look like an idiot.

That’s what separates the Aztek from ye late CrossCabriolet: it really was a genuinely-bold innovation. Survive the laymen’s idle party chat and crude design critiques, and you’ll find an impressive clarity in its purpose, especially given the context of its conception. In the used market especially, it still represents a characterful, practical, and high-value consideration. And yet — at the expense of themselves — American buyers did not clamor for it like the informed of the populace did. Perhaps it was because the informed — like then-BusinessWeek‘s David Welch — were echoing hopes of a “design renaissance” for General Motors. The renaissance that would not come until the Flush of the Boomer Higher-Ups some eight years later.

Both tales, I think, represent a profound neglect of consumer journalism.

At the turn of the century, though, it was not unusual to go a day without accessing the internet. Today, people are still buying the few flops the industry has left to offer — making what is most likely the second-largest purchase of their life’s current epoch without consulting the volumes of diverse, intelligent, and articulate opining now accessible instantly free of charge via the subsidized slates that lightly jostle in their jean pockets as they wiggle their signatures on dealer paperwork. 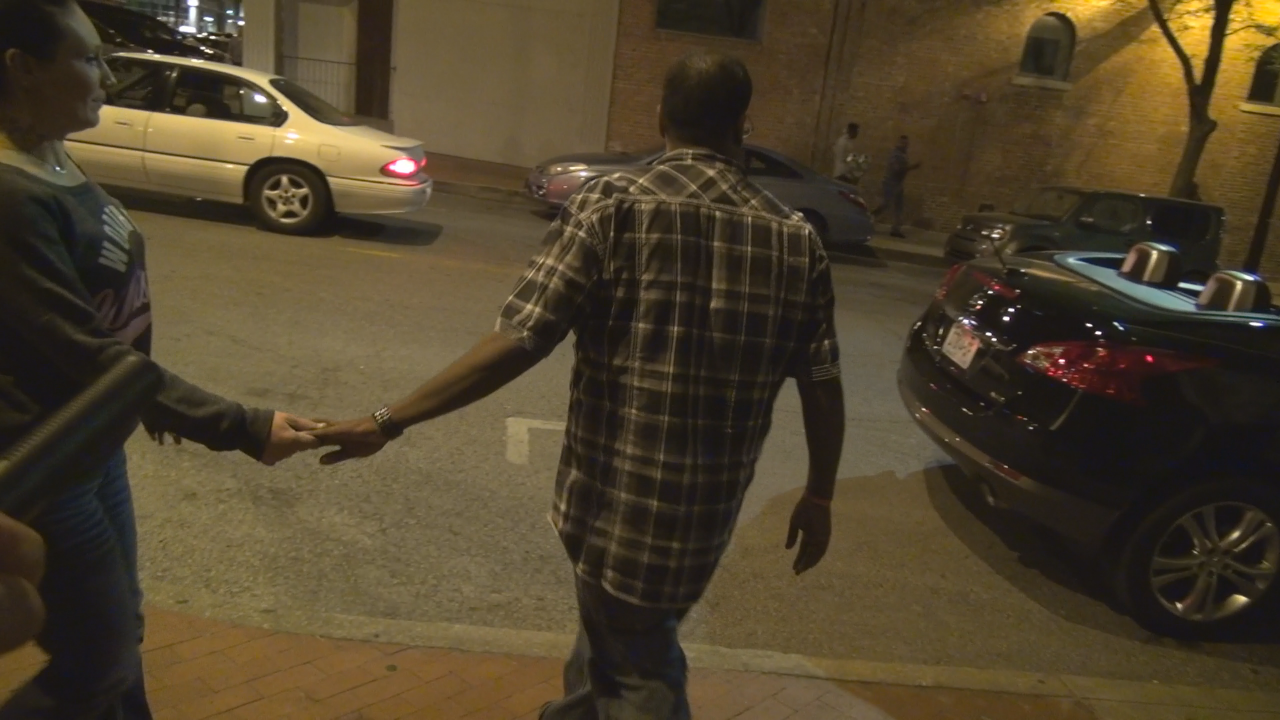 An American hit when the Japanese were unquestionably winning, and — just over a decade later — a Japanese miss as their winning had just begun to be questioned. Make no mistake; I am not being patriotic. For me, sovereignty does not extend beyond design houses, R&D facilities, and test centers.And it’s somewhere within Nissan’s where pillars were severed and delusions nurtured; all astoundingly with executives’ blessing. I am terribly and shockingly ashamed to report that my countrymen actually bought them.

As many as 3300 units in the last year of the Mayan calendar. The worst bit, though, is that they all made their way to my particular part of the planet.

I swear to the Sun; I am surrounded.

If you’re familiar with Columbia, Missouri, it does not take more than a moderate imagination to comprehend the sense, as grueling as it is. I see them regularly; once a month, at least. In a town where one can expect to spot a Gallardo in front of Buffalo Wild Wings marred by horrid plastic athletic miniflags wedged in its five-figure doors, they are everpresent reminders that the New Money Effect continues to flourish, unbridled in the Midwestern U.S.

The soft top is always retracted, of course, and the exposed driver is always a sweating middle-aged white woman wearing a light-colored tennis visor. She… they… are always on their way to a match. Doomed to roast forever, I suppose, as there is only one nearby court, as far as I know.

It is disheartening to realize that, now, I see many more of them than Azteks around. Though neither were designed for any tangible “lifestyle,” per se, I am saddened by the shift this minuscule tell indicates in my hometown’s morale. From an (albeit equally-vague) yearning for new adventure in an intriguing new century to an emotionally-destitute jaunt to the court, I have witnessed all of Generation X’s vigor erode procedurally away before my eyes. 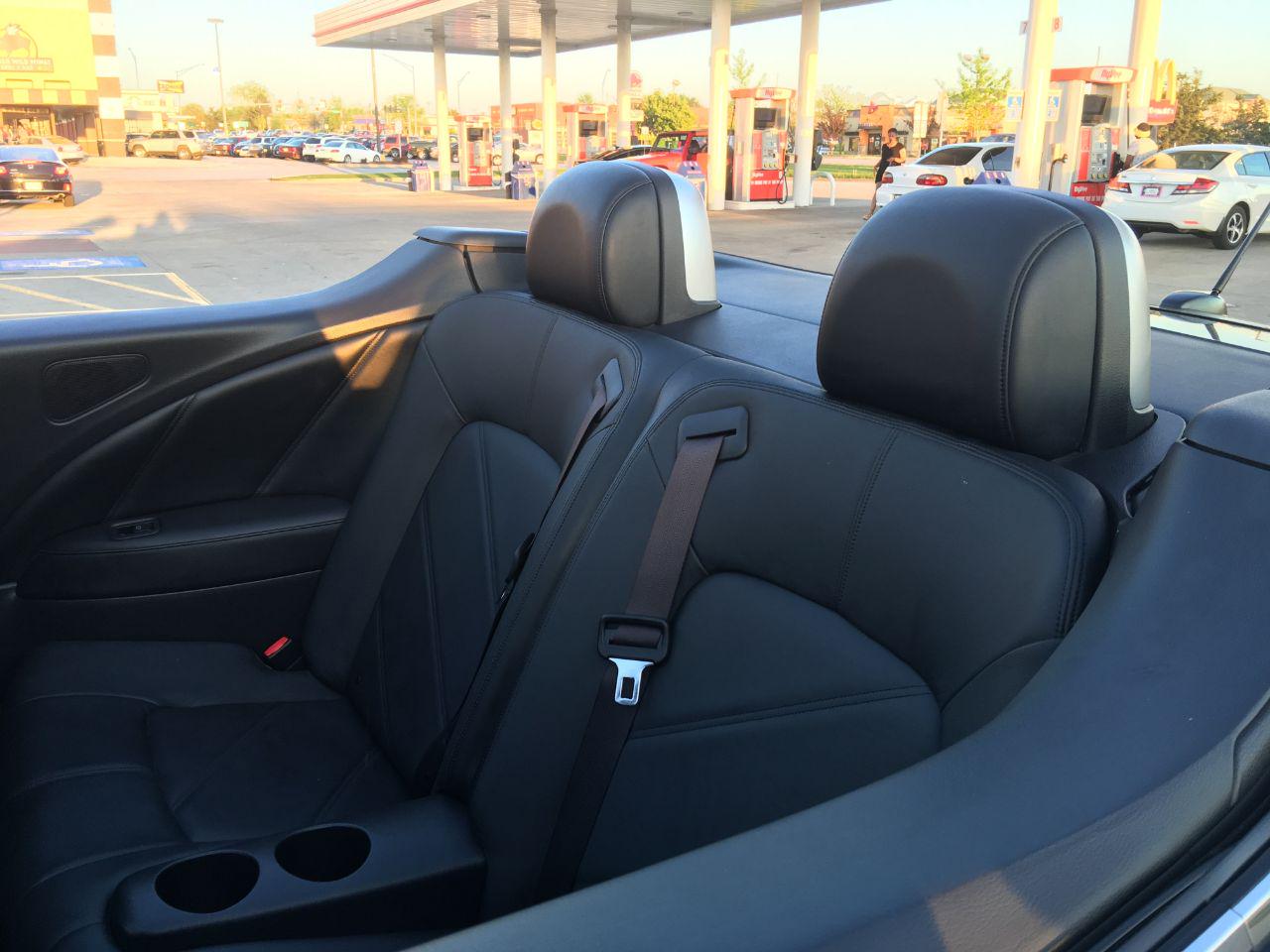 Y2K, Great Depression II, an ancient apocalyptic prophecy from one of the wisest civilizations in recorded history… Surely, one of these foretold disasters will finally End it All!

Perhaps Nissan knew that even the well-read of the North American market were, by and large, simply looking for ways to pass the time before the death which they felt so assuredly approached. The number of unanimously-unbuyable prospects available has shrunken to virtually none, and the CrossCabriolet was not much of an investment; not all that highly-engineered, really. Perhaps they felt obligated to entertain us in our delusional way out. Perhaps it was all just an awfully-German prank.

And, if the End of the World is imminent, what’s to stop one, really, from leasing the world’s first and only convertible crossover?

What’s to stop one from playing tennis?